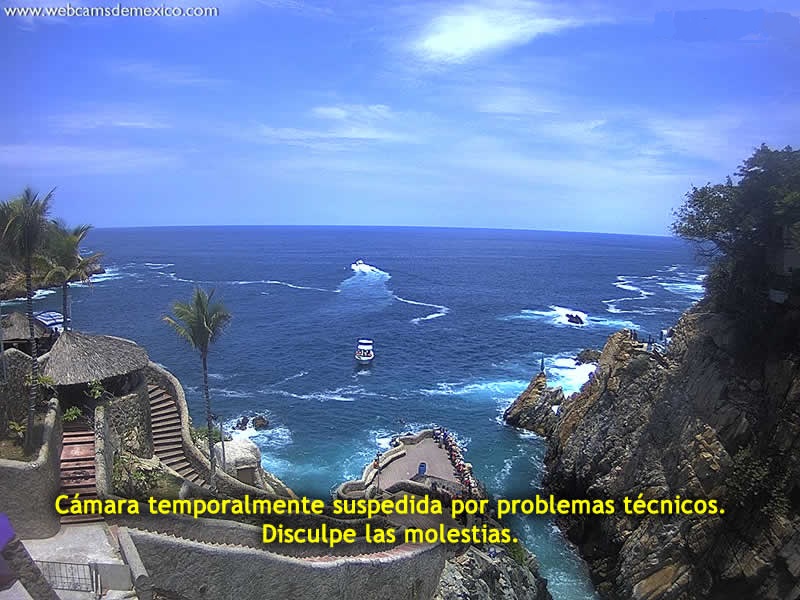 Quebrada is one of the most famous tourist attractions in Acapulco, Mexico. Divers entertain tourists by jumping off either of two ledges on the cliff, one that is 40 feet (12 m) high and the top one which is 80 feet (24 m) high. The divers must calculate the right moment to jump to catch an incoming wave and avoid serious injury or death. Occasionally jumpers dive with a torch. Most of the divers come from the family of Quebrada divers. Although cliff diving at La Quebrada had taken place for many years, it was not until 1934 that the La Quebrada Cliff Divers was formed.