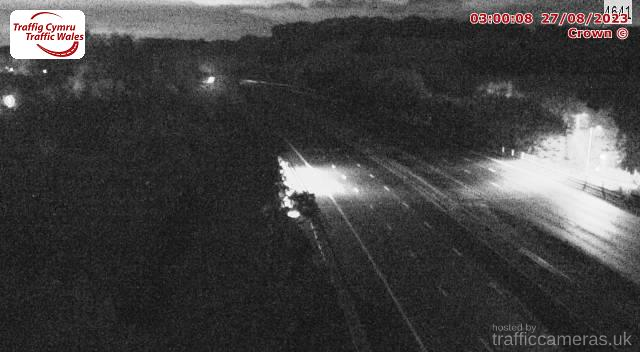 The M4, a motorway in the United Kingdom running from west London to southwest Wales, was originally referred to as the London-South Wales Motorway. The English section to the Severn Bridge was constructed between 1961 and 1971; the Welsh element was completed in 1993. The construction of the Second Severn Crossing, officially renamed the Prince of Wales Bridge and inaugurated on 5 June 1996 by the Prince of Wales, caused the M4 to be rerouted.The line of the motorway from London to Bristol runs closely in parallel with the A4. After crossing the River Severn, toll-free since 17 December 2018, the motorway follows the A48, to terminate at the Pont Abraham services in Carmarthenshire. The M4 is the only motorway in Wales apart from its two spurs: the A48(M) and the M48. The major towns and cities along the route—a distance of approximately 189 miles (304 km)—include Slough, Reading, Swindon, Bristol, Newport, Cardiff, Bridgend, Port Talbot and Swansea.